Navy
Free shipping from Turkey to all 29international 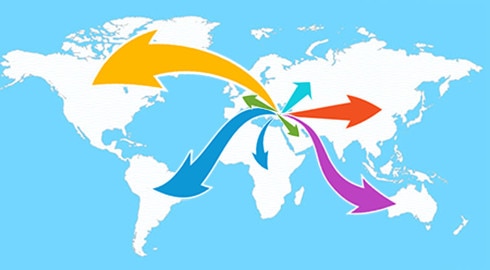 Slazenger is one of the longest established sports brands in the UK. The brand is steeped in heritage with a history of production and marketing of quality sports equipment dating back to 1881.

Almost a century and a quarter ago, ralph and Albert Slazenger moved their rainwear business south from Manchester to London seeking new products to maintain sales during the summer months. What was the draughty development and rackets of balls for the new game of Sphairistike, invented a few years earlier by Major Walter Clopton Wingfield.

From that time on, Major Wingfield’s game had become one of the most of world’s international sports – Tennis. From these roots, Slazenger had grown from a family business to a truly international organization, selling quality sporting goods in almost every country of the world.

Slazenger’s first major breakthrough was the adoption of their tennis ball and equipment for the greatest tennis tournament in the world – Wimbledon. The first Slazenger ball appeared at Wimbledon in 1902 and has maintained this honor ever since, celebrating its centenary in 2002. This is the longest continuous sports sponsorship in the world.

Through product development and acquisition, the business and brand were further strengthened by the addition of cricket, golf, hockey and squash. Slazenger’s formula for success has always been to make sports equipment for top of exponents sport. Right from the early days players played have highest standard of the brand.

Over the years this heritage and expertise has seen international collections of sports clothing and footwear developed to the same exacting standards, sold around the world to those in interested sport bracelet at the highest level, and this sees Slazenger uniquely placed to build on these achievements over the next 100 years.

There are no reviews yet.